Just finished “The Happiness Project” by Gretchen Rubin. Good book! And, oddly enough, I found out that a lot of it could be summed up in my basic philosophy—clean up your messes, act like you’re happy and in a good mood, and most importantly, do what makes you happy. And conversely, try not to do things that make you unhappy.

Lots of things make me happy. We moved to South Carolina when the last of my little birdies flew the Georgia nest; my husband and I both knew we wouldn’t be happy seeing our daughters and their families just once in awhile. I write, even though I’ve had relatively little publishing success over the years, because I don’t know who I’d be without writing. I love to cook, be near water, read, spend time with friends and extended family, celebrate holidays… There are lots more, but I’m sure your list of likes is far more interesting to you than mine is.

Things I don’t do, or don’t do often, because I don’t enjoy them? Go to the mall. Golf. Watch TV sports. Read non-fiction except from a short-list of interests. Work in the yard. Listen to operas. Watch reality TV. (Reality isn’t my favorite subject.)

I used to be moody, but for some years now I wake up happy and content every day. Not sure what made the difference—maturity, wisdom, surviving cancer, possibly hormones or a lack thereof.

Maybe it’s the practice of happiness?

What about you? Do you think you could be happier if you did something different? What makes you happy/unhappy?
Posted by Valerie Keiser Norris at 10:20 AM 6 comments:

Email ThisBlogThis!Share to TwitterShare to FacebookShare to Pinterest
Labels: Gretchen Rubin, The Happiness Project, things that make me happy 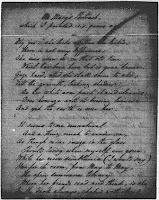 Several years back I wrote 45,000 words of a novel and then tossed the white flag in the air. I’d written myself into a ditch and had no idea of how to fix it. So I put the manuscript away and worked on easier ones until life calmed down.

A year ago I had lots of time and an entire house to myself all day long, so I hauled out the pages. I made piles, shuffled pages, made new piles, discarded some scenes and characters, and then made an outline. Well, not an outline, more a summary of each finished chapter, and notes for future ones. I’m more of a seat-of-the-pants than a plotting writer. Fits with my life; I know what I’m fixing for dinner tonight, but I have no idea of what’s coming up next week, even if it’s my anniversary. Which now that I think about it…

So I finished that manuscript, and pulled another one from the cupboard. Another 45,000 words written two years ago in longhand on notebook paper, waiting to be keyboarded and finished. It doesn’t have the huge cast of characters the other book has, and I was sure my first-draft writing had improved over the years so I would have an easier time with this one.

But what did I find? Two different opening scenes. Many spots where I’d left a blank for a word that escaped me. Notes: Could this door rattle on its hinges? Were hinges even in use then?

Valerie Keiser Norris
I love people who make me laugh, love to have fun. Have won several writing awards, most recently the 2015 Carrie McCray Literary Memorial Contest in nonfiction, also the 2013 Hub City/EMRYS Creative Writing award for fiction and the Carrie McCray 2009 contest in fiction. My short stories have been published in journals and magazines. "All Foam, No Beer," was published in SWEETER THAN TEA, a BelleBooks anthology. Nov. 2014 my story, "Stone Mountain Christmas Dreams" was published in A STONE MOUNTAIN CHRISTMAS, a Gilded Dragonfly Books anthology. Both anthologies available on Amazon.com. Still waiting on that novel sale but I'm getting closer!

Other blogs to check out!